Can you See the Light?

By orielbeer News No Comments

An audacious collaboration between Oriel Beer and Wicked Barrel

If you see the light, you suddenly understand something you didn’t understand before. This quote is from Cambridge dictionary. How it can relate to our beer? Well, is very simple, because you all have a perception on an imperial stout beer and when you will try this beer, you will see that is different and you will begin to understand.
The stouts are top fermented beers, dark in color and made with roasted malts. Back in 1677, the word stout appeared for the first time in the Egerton Manuscript (a book written by Francis Henry Egerton, an Earl of Bridgewater), but it referred as a stronger beer rather than dark. 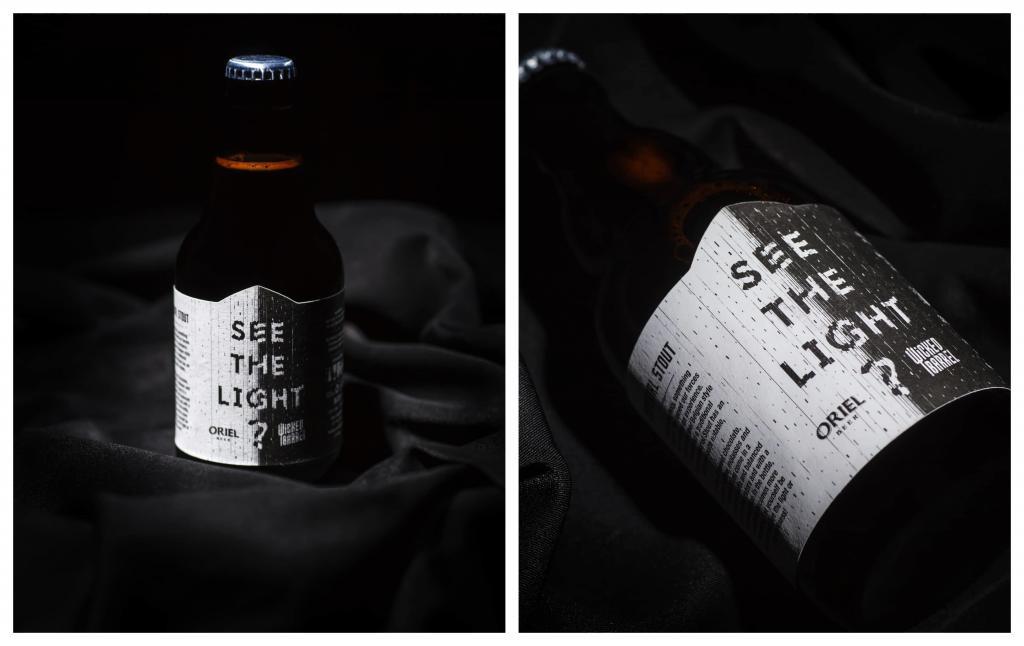 The story of the Imperial Stout started somewhere in the 18th century, when a brewery from London started to export  to the court of Catherine II of Russia. The beer was dark and with a higher alcohol content  and the Empress just loved it.

Back in 2018, Laurentiu (Oriel Beer) and Radu (Wicked Barrel) started to put together a recipe of a Belgian Imperial Stout. We’ve known Radu and Andreea for so many years back to when we were homebrewing and we participated in homebrewing competitions. Looking back, it is a bit funny, a bit rewarding that half percent of the guys that we knew back in the days of homebrewing, are brewing professionally now. Since Radu is very good with his imperial stouts and Laurentiu is very good with our Belgian style beers, we decided to brew together an imperial stout with a twist. It was not meant to be a classic imperial stout as you all imagine, but more on the “Belgian-ish” side.

The brewing was in October but since you all know our beers take a long time until they are ready, after tasting each month, we decided that now is the right moment to launch it.

I like to say that See the Light? is an audacious collaboration between Oriel Beer and Wicked Barrel because everything was thought to the smallest details.

The name itself has multiple meanings, you can let your mind fly and decide what would you like to think about the name, does it refer to the color, taste, sensations or a search for something?

The minimalist label designed by Stefan Andries reflects our collaboration in its highest form, an antithesis of black and white that unify and so we understand that black implies white and white implies black.

And the beer, oh the beer is the main focus here. Besides the fact that we used, of course, the finest ingredients (seven types of malt, oat and barley flakes, hops), we fermented the beer with a liquid Belgian yeast strain and refermented the beer in the bottle.

Sounds good? Well, yes and yes, you should try it. As the taste is evolving over time, we strongly recommend to get one extra to age it in your cellar.

Launching at Beer Zone Iasi on 22th of March and available in our usual location starting next week.